A Well-Worn Pair of Boots… 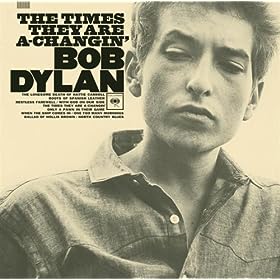 Love has many faces, takes on many shapes and passes through the sands of time with rose-tinted glasses. For anyone who has experienced a break-up, whatever it looked like, it was painful. The disadvantage most of us have is the inability to put that pain to paper and create something that reverberates behind the eyes and in the breast of anyone else who is hurting. Lucky for us, we have Bob Dylan records. Over the last 50 years, he has defined generations, voiced the opinions of millions and applied the soothing balm that has made the heartache burn less fiercely. “Boots of Spanish Leather” appeared on his 1963 album The Times They Are A Changin’, amidst a string of more well-known classics. It is nothing that hasn’t been said before, it was just said VERY well.

When you listen to it, you can hear all the research that went into it, years beforehand. Bob was a sponge, and he soaked in everything he could about old folk tunes and ballads. He was a student of Woody Guthrie and the whole storytelling tradition, and this song fits right in. Played in A flat, with a capo on the first fret, he uses the movements and chord structures of G major. His fingers roll across the strings like gentle ripples on the water, moving the song along, but never rushing it. It ebbs and flows through 9 verses, the first 6 of which are shared between the singer, and the person being sung to. The singer is saying goodbye to their lover, wanting them to stay, despite the other’s persistent attempts at leaving. The lover finally ends the relationship, setting sail for Europe, leaving nothing but a goodbye and the promise of a gift from their travels. After pleading with them to stay, the singer finally asks for a pair of Spanish boots, knowing what they really want will never be had. It’s not too different from any other Dylan piece, other than it being one of my favorites. It is interesting to note that it was included in the Norton Anthology of Poetry 5th Edition, under “Popular Ballads of the 20th Century”.

For years it was rumored that Dylan wrote it for his then girlfriend, Suze Rotolo, but no one knew for sure. They met and lived together in New York when Dylan was first starting out, but once the fame took him, it was more than Suze was prepared to handle. She faded off into the background and eventually painted herself out of the picture. She left with her mother for a six month trip to Europe, getting letters from Bob about how much he missed her, etc. He didn’t take the break up well, and eventually found solace in other women, most notably Joan Baez. In 2008, Suze put the rumors to rest, saying that the song was in fact about her and Bob.

Once I learned the intricacies of this song, I noticed how similar it was in style to other Dylan songs, most notably “Girl From The North Country”. If you take the capo and move it up to the fifth fret, keeping the chord progression almost exactly the same, you have the latter. The melody is also similar, although it dips and rises in different places, and both are about a love lost but still familiar.

There’s nothing earth shattering about “Boots of Spanish Leather”; nothing that will bend your mind or your ears to something completely new or thrilling. It’s a gentle reminder that somethings never change. Some feelings never completely fade away. Some people are right there with you, even when they are worlds away.

No, there’s nothin’ you can send me, my own true love
There’s nothin’ I’m wishin’ to be ownin’
Just carry yourself back to me unspoiled
From across that lonesome ocean.

Oh, but I just thought you might want something fine
Made of silver or of golden
Either from the mountains of Madrid
Or from the coast of Barcelona ?

Oh, if I had the stars of the darkest night
And the diamonds from the deepest ocean
I’d forsake them all for your sweet kiss
For that’s all I’m wishin’ to be ownin’.

Well I might be gone a long long time
And it’s only that I’m askin’
Is there something I can send you to remember me by
To make your time more easy passin’ ?

Oh, how can, how can you ask me again
It only brings me sorrow
The same thing I want would want today
I would want again tomorrow.

I got a letter on a lonesome day
It was from her ship a-sailin’
Saying I don’t know when I’ll be comin’ back again
It all depends on how I’m a-feelin’.

Well, if you, my love, must think that-a-way
I’m sure your mind is roamin’
I’m sure your thoughts are not with me
But with the country to where you’re goin’.

Tweet
Written by: Samantha Harlow
Filed Under: Songs
← The Road To Shangri-La…
The Price of Free Love…Altamont, 1969 →