The Legend of The Red Headed Stranger 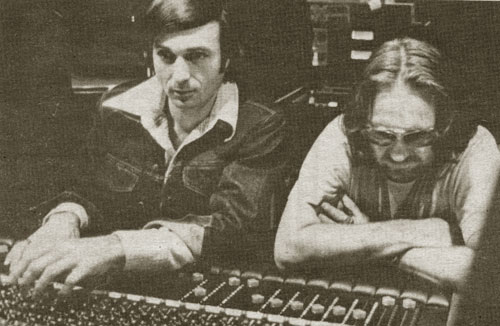 In my mind, the West sounds like a jangly acoustic guitar. The sun coming up over the Rockies, as it slowly unrolls over the jagged peaks and dips, melting over the dirty sagebrush, actually has a sound. It expands out, from the inner ear, down through the heart, between the lungs and lower spinal column, all the way to the tips of my boots, bleeding out onto the warm ground. The sound of the West is lonesome, almost by choice, stained by some unnamed sadness. Never being one to jump on the bandwagon too soon, for fear that it might lose a wheel, I waited until last month to pick up Willie Nelson’s Red Headed Stranger. Not to worry though, I did it the right way: I found it on vinyl, as God intended, and had my first encounter through the crackling speaker of my hi-fi. In a time of slick production and large-scale schlock, Willie managed to re-invent the wheel, creating a new standard for story, song and America’s greatest legacy: the cowboy.

Up to 1975, Nelson had little success as a performer. He was known around Nashville as a songwriter, having penned such early 60s hits as, “Hello Walls” (Faron Young), “Night Life” (Ray Price) and “Crazy” (Patsy Cline). He had left Nashville, retiring to Austin, TX in the early 70s. Not satisfied, he began performing locally and became a huge draw with his eclectic style of outlaw country. A new recording contract with Columbia in 1975 gave him full artistic control of any album he put out, resulting in the greatest country concept album of all time. Red Headed Stranger tells the story of a

preacher-turned-outlaw, spurned by his wife for another man. He kills the pair and flees, meeting and killing a feisty blonde along the way. The years whittle away, and he ends up in Colorado, meeting and falling in love with another woman. The redemption he never expected, found him in a bar, much like the one he fled from earlier. It is a happy ending, tinged with the fleeting memory of his first love. Despite skepticism from Columbia, the album soared to the top of the charts, both country and mainstream.

The contrasts between Stranger and any given Nashville album from the time are stark. Whereas any given Nashville album was loaded down with lush orchestrations and polished vocals, Stranger is stripped down to its essentials. Nelson’s nylon-stringed guitar plays throughout, sometimes accompanied by his sister Bobbie on barroom piano and bass, often times plucking solo. Tambourines and snares walk in and out of the room, while Nelson’s voice growls out the tale, sounding like a weathered medicine man in need of a tonic. He’s the cowboy sitting at the back of the bar, half-hidden by shadow. You’d sit and talk with him if you were certain his pistol were holstered. He tells the story as if he had been there watching it himself. Hell, he probably was.

Not only did Nelson have a way with a pen, but he also had a knack for picking songs. Only a handful on the album are originals, while the rest were carefully laid in between, creating one fluid line. Part of the brilliance of Stranger is its continuity; every song sounds like one of Willie’s, crafted for the occasion and sung by no one else. Everyone from Fred Rose to Bach are covered, and none sound out-of-place. Listeners can concentrate on the songs singularly, or delve into the story and let them play out imaginatively.

There have been other concept albums, both before and after Red Headed Stranger. Unlike the rest, Willie Nelson was able to marry multiple works from varied times and places, flipping the coin on the listener and flipping the bird to the record industry. In a time when country music had out-polished its own turd, Red Headed Stranger proved that you didn’t need the biggest console to make the best record. It’s simple and elegant, stated clean and carrying a time-tested weight. The cowboy, not the one in rhinestone and fringe, but the one who once roamed the plains, had come home to a powerful and lasting redemption.

Tweet
Written by: Samantha Harlow
Filed Under: Songs
← An Affair To Remember: Lady Day and The Prez
Oh, That East Coast Sound; The Piedmont Blues →