Busted Flat At The End Of A Free Rope: Me And Bobby McGee

The American dream can be described with many different pen strokes. It’s package looks a little different, depending on who it’s being delivered to, but beneath the colorful wrapping paper, it always looks the same. Freedom isn’t something that can be gripped with both hands; it’s indescribable, but you know it when you feel it. For some it means owning a piece of land, being able to speak your mind, or having the right to cast a ballot. Sometimes it’s as simple as being able to open your eyes next to someone else, knowing you’ll be letting them go forever before the day is over. “Me and Bobby McGee” is the embodiment of the American dream, coming to terms with its own identity.

Kris Kristofferson was a jack-of-all-trades, but the one thing he couldn’t seem to do was write a hit. A pilot, Rhodes Scholar, star athlete, father, husband, drinker and lover, writer and picker, he found himself flying helicopters in and out of the Gulf of Mexico for an oil company, trying to meet ends. By this time, he had lost his family to his failing music career, having shuffled up and down Music Row to no avail. His staff writer position with Combine Records hadn’t been able to throw him a bone yet and it wasn’t looking promising any time soon. The owner of Combine was Fred Foster, and in a moment of clarity, he called Kris. Catching him on his way out-of-town, Fred gave Kris a song title, “Me and Bobby McGee”. Of course, Kris did what any competent songwriter would have done: he hid. He left for the Gulf and kept a low profile from Foster, knowing he would have to come up with something out of that title, but having no idea what that would be. As a writer, I can honestly say, it’s hard to write on command, much like burping the alphabet. Certain things have to be available to you, like inspiration (or in the case of burping, a readily accessible stream of air). So Kris hid.

The song finally came to fruition, and it grew from a variety of sources. He claims influence from a road movie, mixed with pieces of a Mickey Newbury song running through his mind, and a shot of experience with a woman for flavor. Along the way, he picked up a line here and there until it was complete.

“I hid from Fred for a while but I was trying to write that song all the time I was flying around Baton Rouge and New Orleans. I had the rhythm of a Mickey Newbury song going in the back of my mind, ‘Why You Been Gone So Long,’ and I developed this story of these guys who went around the country kind of like Anthony Quinn and Giuletta Masina in (Fellini’s) La Strada. At one point, like he did, he drove off and left her there. That was ‘Somewhere near Salinas, I let her slip away.’ Later in the film he (Quinn) hears a woman hanging out her clothes, singing the melody she (Masina) used to play on the trombone, and she told him, ‘Oh, she died.’ So he goes out, gets drunk, gets into a fight in a bar and ends up on the beach, howling at the stars. And that was where ‘Freedom’s just another word for nothing left to lose’ came from, because he was free from her, and I guess he would have traded all his tomorrows for another day with her.”

The missing piece came to him on the way back to Nashville, driving through a heavy rain…

“I went, ‘With them windshield wipers slapping time and Bobby clapping hands we finally sang up every song the driver knew.’ And that was it.”

This was the turning point for Kris. In a short time it was in the hands of multiple recording artists, beginning with Roger Miller in 1969, who took it to #12 on the US country charts. Gordon Lightfoot was hot on his tracks with a version that went to #1 on the pop and #13 on the country charts across Canada. Everyone from The Grateful Dead to Pink to Jerry Lee Lewis have had their own go ’round with the tune, but the one most remembered and revered will always be the version found on Janis Joplin’s solo album, Pearl. 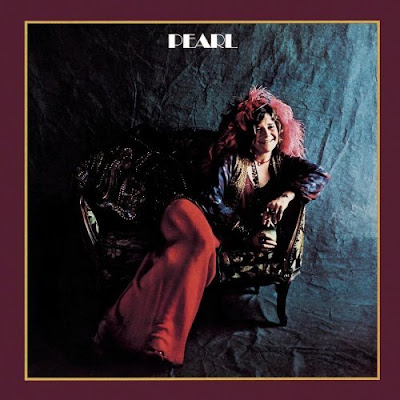 Joplin had a voice that would grate on asphalt and a spirit that couldn’t be tamed. She lived as rough as any song she sang, keeping up with any man who would cross her path. She died far too young from a life that was way to heavy for one person’s arms, Heroin being the only thing that could take her. No one nor nothing else could keep a hold on her, which is why “Me and Bobby McGee” will always be her song. She died before

Pearl was finished, making the song both her only #1 hit and the second song in history to be named so posthumously. She recorded it without Kristofferson’s knowledge; they were friends and sometimes lovers, her imprint being found between certain lines. He didn’t know she had recorded it until the day after her death, when he heard it on the radio. It’s fitting that this became her swan song, soaring higher than the rest, and telling a little more about what could have been had she not left the party so soon.

For me, the American dream lies somewhere between bittersweet and hard-fought. For Kris and Janis, I think it was similar, with open roads and time alone in between. Freedom is a double-edged sword, one side being the one we long for, the other being the side we know we have to face. One can’t be had without the other. Freedom really is just one more word for nothing left to lose. It’s already gone, and that is the price of the purest form of freedom. Take all this for what you will; spoken from a girl who hasn’t tasted it yet.

Tweet
Written by: Samantha Harlow
Filed Under: Songs
← Blues of a Different Hue: Mississippi John Hurt
“Drinks Are On Pearl”: The Death of Janis Joplin →